Never think you’re only small and YouTube too big! 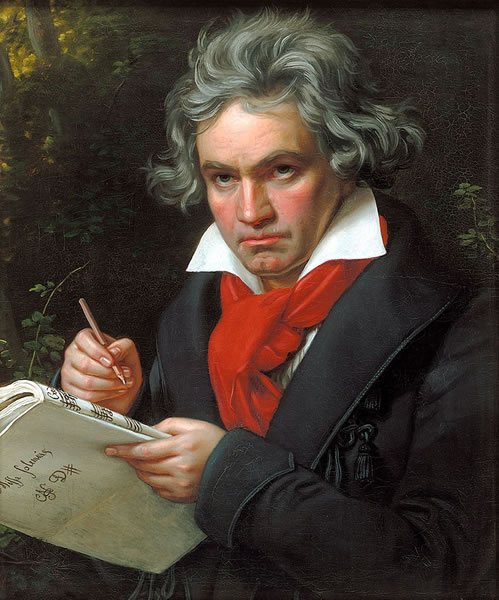 A couple of weeks ago I posted my preview video of the coloring book ‘Magical City’, by Lizzie Mary Cullen, on YouTube. I was so proud of this video, even though it’s very plain and simple.

But not long after I uploaded it, I received a copyright claim! YouTube informed me that a third party felt they owned the copyright of the music that I used. At first it surprised and startled me… then I just got very angry. Who the *beep* did they think they were messing with? An idiot?

The music I used

What was the case? I used a very well known piano tune, called ‘Für Elise’. Does it ring a bell to you? If not, let me tell you a bit more about this classical piece of music. It was written by Ludwig von Beethoven. He was a German composer who lived a long time ago, from around 1770 (he was baptised that year on December 17th, his exact birth date is unknown) until he died on March 26th of 1827.

You’re probably starting to get where I’m heading…

In Europe the copyright laws warrant the rights of an author until seventy years after their passing.

Okay, let’s see… mister von Beethoven died in 1827… add seventy years… Well, in my calculation that brings me to 1897, the year in which his copyrights ended and all of his music became part of what we now call ‘the public domain’. It has been part of the public domain for 119 years!

Then how on earth can someone/some company in 2016 in their right mind think they can claim a copyright on his music?!? I for that matter definitely don’t buy that! It’s the biggest BS in its kind. But what they were after was very obvious. They put a claim on your (in this case my) video, to claim their sole right to MONETIZE it! In other words: I would not be allowed to monetize this video by adding advertisements and I would have to agree for them to show their advertisements on my video! Guess what: I disputed their claim 🙂

I immediately opened a new Vimeo account as a back up source for my videos, since YouTube made it very clear that if they believed my dispute was wrongful, they would close my account. Nevertheless, I disputed. This copyright claim was just wrong and that is exactly what I wrote back to them.

Yesterday, after two weeks wait, I received an email from YouTube. And it made me smile and cheer! This was the message:

Hi Tabby May Art,
Good news! After reviewing your dispute, AdShare for a Third Party has decided to release their copyright claim on your YouTube video.
Video title: “Preview of The Magical City – Lizzie Mary Cullen”
– The YouTube Team

Today I’ve uploaded another video, with the same music. (Wanna see it? Check it out on YouTube and Vimeo!) ‘Für Elise’ is my victory song now. I’m curious if some other idiot comes along to try and claim copyrights again… I know now that even the seemingly big organisations can be overruled by my simple logic.

Never underestimate the power of the individual, of you!

UPDATE 6 Sept. 2016: Oh yeah, these guys are stubborn. I’ve uploaded two videos with ‘Für Elise’ in it, and today I found that I’ve got two new copyright claims by the same company! I’m sure you know what I’ve done…. DISPUTED! Again! And I will keep doing so until these idiots stop trying to make money out of a musical piece that’s part of the public domain!

Update 7 Sept. 2016: Claims have been released already. Wow, that was fast. Time for a new video… of course with ‘Für Elise’ as soundtrack 🙂