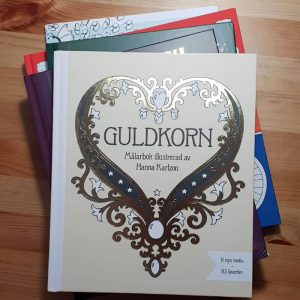 And here’s finally a new blog post! I haven’t posted a blog about coloring related things since the end of October. So it’s about time to get back on track and write about the things I like best: coloring books! (Ok, and art supplies, but that’s not what this post is about).

After our journey up north, and some health issues afterwards, I’m kinda struggling with finding my way back to some sort of routine with the website. The only routine that I got back to are the song recordings, but I want to get back on track with everything again. Well, at least this is a start, right?

Going back to the Netherlands to me always means bringing a loooot of stuff back home. Up until recently most of my art supplies and coloring books I ordered from shops in the Netherlands, which means a lot of money going to shipping costs. So being in the country myself, by car no less (thus no costs for extra weight), meant that I could buy a lot to take home. And that’s exactly what I did.

The most important things I’ve bought, hobby wise, were coloring books. Eight in total! And two extra that were sent home to Spain, that I will also add. So in this post I’d like to show you half of the new coloring books that I’ve got my hands on and of which you’ll get to see more in reviews and flip-through videos in the coming weeks. 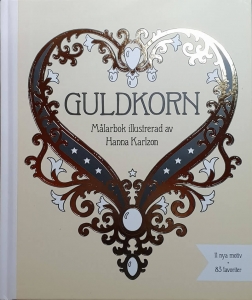 Guldkorn from Hanna Karlzon was the first book that I received. I bought it directly from Bokus, a Swedish bookstore that Hanna herself refers to as the place to buy the book. I’ve used the Chrome browser and its translate option when I visited their website, because I don’t understand Swedish.

The Bokus website also has an English page with some valuable information (as to which countries they ship to!). My copy was sent straight to Spain, it arrived shortly before we left home to travel. 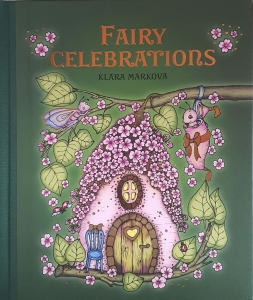 Up next were two books by Klára Marková. She is well known in the coloring community for her beautiful fairy style. Her books are a delight to scroll through, her drawings are dreamy, fantastical, and just take you to another world. A world that you can help co-create by giving it color!

These two books I’ve ordered from a Dutch company called Your Colour Creations and I had them send the books to my daughter’s address in the Netherlands. They do send to many countries worldwide, including the US, but international shipping costs vary.

The first book, which is Klára’s fourth coloring book, was Fairy Celebrations. I must admit that I haven’t taken the time yet to see what kind of creatures and fairies are in it, so you’ll have to wait for my review and flip-through video. I will show it all and tell you my thoughts on this book. 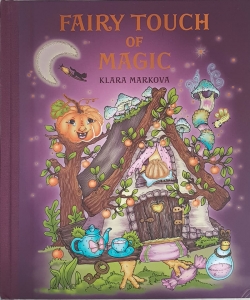 But purely judging this book by its cover, I already love it. And the same goes for Klára’s fifth coloring book, Fairy Touch of Magic. Based on the cover, I get the impression that this new book contains slightly different designs than her previous books. I can’t say that for sure, because I haven’t really looked at the inside yet. It’s just the impression that I get from the cover.

Well, more on that subject soon enough when I start coloring in these books and writing my reviews!

A total newcomer in the coloring world, at least as a drawing artist of coloring books, is CreaChick (pseudonym for Maris van Modem). She is a very talented Dutch YouTuber, who started out with crochet projects. When the bullet journaling hype reached the Netherlands, she began making videos about her creative process using her bullet journal. And that got very successful and quite well known throughout the Netherlands and Belgium.

She always liked to draw and doodle, and she started adding videos of her art journals as well, showing her audience the progress she made in her drawing skills. This eventually lead to a cooperation with Dutch publishing company BBNC, and their creative branch called MUS. For and with BBNC she designed her own CreaChick bullet journals (highly recommend them, also available through Amazon, even in the US!). 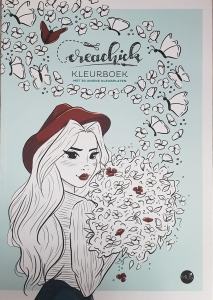 Then, in addition to her journals, she designed her own hand drawn clear stamps set and subsequently a 50 sheet stickers set (also on Amazon, unfortunately not the US one). It was only a matter of time, that a coloring book would follow. And in October 2020 there it was. Although not for me, ’cause I had to wait until I could pick up my copy in a Dutch bookstore. The Spanish Amazon has its hiccups every now and then.

I recall a message from my daughter on WhatsApp in October, asking me whether I’d already ordered the CreaChick coloring book… Well, I had already done so WEEKS before! But it got canceled and because I knew we were going to the Netherlands anyway, I decided to order it from a regular bookstore over there. So halfway November I finally got my own copy. 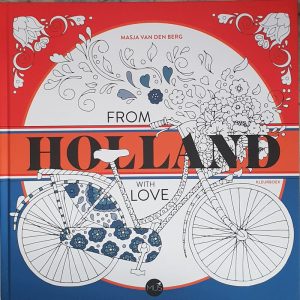 Although I also have the previous version, I just couldn’t resist and had to have this one too. Masja van den Berg is to the Netherlands what Johanna Basford is to the UK. Thanks to Masja’s Etsy-shop she has been able to broaden her audience far beyond the Dutch borders! Be sure to take a look in her shop, if you’re from outside the Netherlands, she ships worldwide!

End of part one

So, these were the first five coloring books that I’ve recently added to my collection. I can hardly wait to start coloring in them, although I first want to record the flip-through videos. And I still have some Christmas cards to make, so it will have to wait until I’m ready with that.

I’ll soon write the sequel to this blog about the remaining coloring books, so keep an eye out for that one.

Disclosure: I’ve purchased these coloring books myself. I’m not affiliated with any of the aforementioned artists, publishers or shops. Also note my Disclosure Promos page!